BASIC SPIRAL This is a way to make a pure geometric spiral in which r =  a + bTheta.  (Known as concentric or Archimedean).

There are easier ways to make an 'apparent' spiral such as using linked half-circles; this method is used in most crop circle 'spiral' formations, but they are not true spirals.

This shows the effect of using  4, 3 or 2 sticks to make the "virtual wheel".  In all cases the 'spiral' is actually a series of linked part-circles. The more sticks used, the closer to a pure spiral such as would be obtained using a real wheel.  But even 3 sticks gives a good curve which would be hard or impossible to distinguish from aerial photos. 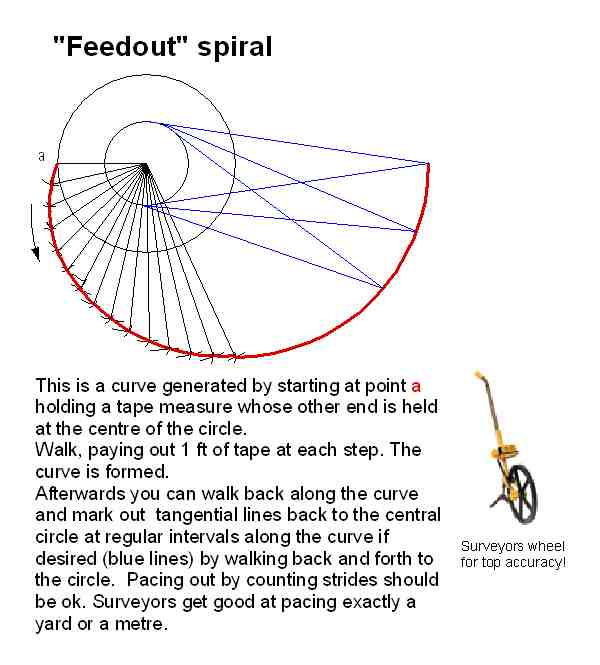 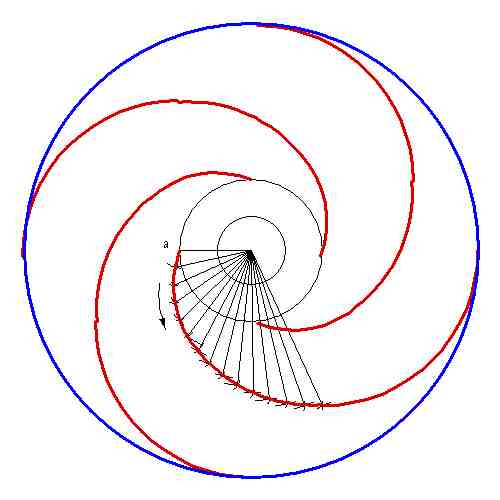